The Teaching Power of Horses for Team Training

Steve Cooper, CEO of TrueBlue, had planned a three day offsite retreat at Willows Lodge when he discovered the option to do a leadership with horses team training.  He was eight months into the re-branding of his company, pulling several individual companies under one name. The team, who came from many different backgrounds and locations, had never truly worked together. As a CEO interested in developing the team to share one result instead of many, Steve was on the lookout for creative ways to bring about team growth with lasting effects. He scheduled a half-day session with Amanda. 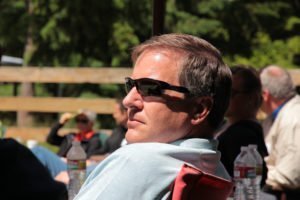 When the team heard about the workshop with the horses, there was a lot of curiosity and some anxiety over what they were going to do. Their qualms were quickly forgotten as the opening activity began. The team watched closely as they were introduced to the herd. Silently, the horses were brought and released in the arena one by one, and they witnessed the group dynamics change with each new addition to the herd. Then the established behaviors altered once more as limited food was added to the mix.

“The opening exercise was amazing. Not a word was said. Everyone was absorbing the experience with awe…taking it in and learning before Amanda stood up and put it together…It was a personal as well as group-oriented experience.”

From there, everyone was ready and eager to learn. The group was able to talk and let down in a peaceful setting. They didn’t have to worry about memorizing material, and instead were just able to relax and experience it. “It was as mellow as I’ve ever seen my group. We had a peaceful, mellow, respectful day of learning in the beautiful setting provided…There weren’t mental reminders about people not doing what we learned afterwards, just reverence about the experience that carries on to the team today.”

In one exercise, a group succeeded in their task with their horse and felt confident in their abilities. They willingly jumped in to help a less successful team and show them what to do, only to fail as well. “There was judgment. If somebody is struggling you can’t judge and say I can lead that person better. You have to trust that they are doing all that they can do. The experience taught humility and empathy.”

Another lesson came in the form of “size isn’t everything,” when a physically imposing member of the team tried to get really big to move a horse without a lead. The horse didn’t budge. “We still tease him. You don’t have to be big to apply pressure. It is something else to create influence. Finding it has to involve empathy and leadership.”

“I had a personally emotional experience,” Steve remarks, “but to watch my large team was invaluable. I bring these leaders together to set the strategy for the organization. I want them to own it together. This ended up being an emotional experience that created a bond—an experience shared that still lasts.” 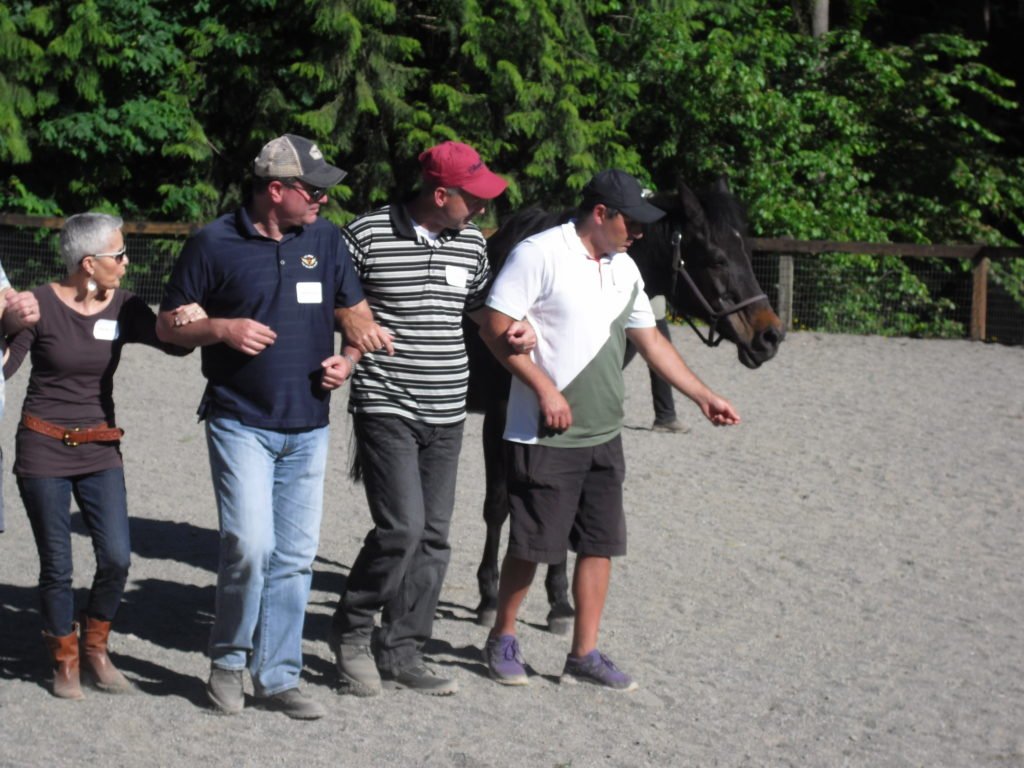 TruBlu executives in a team training session with horses

Today, the group still refers to the workshop, and words like “pressure” have a different meaning to them. Steve believes that having such an experience early in the rebranding process was important. “Amanda’s principles were simple and straightforward. It was so easy to see what was going on, and it blended in easily [with our total three day offsite event]. We got more out of it than we put into it. We put in four hours that day and felt like we received two or three days worth of learning.”

When asked about how he would refer the experience to others, Steve replied, “Don’t be afraid of spending more than four hours. There is much more to be offered. Trust that you’re going to have a great experience. This activity is high on the list of options and can work with a team of four or a team of sixteen. It’s pretty unique that Amanda can pull that off.”