What Color Is Your Sky?
Use Empathetic Listening to Move Beyond the Blue

Wendy is a savvy social media expert and vice-president at a wildly successful startup. She came to me for coaching because of a fractious relationship with one of the senior leaders in her company and she wanted to improve her communication at work. “Gary and I frequently argue,” she explained. “It’s ridiculous how contrary he can be. I say the sky is blue, because it is blue. He says the sky is orange. Why does he argue with me about the color of the sky, when it’s blue?” 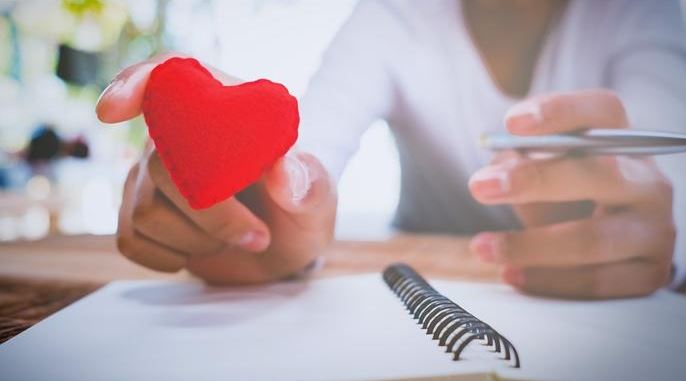 When Empathy Is Missing, Listening Is Lacking

That was certainly the $64,000 question! My conversation with Wendy reminded me of the importance of empathetic listening for effective communication at work. I describe empathetic listening as paying attention to another person with emotional identification, compassion, feeling, and insight. To do this successfully, we must first seek to understand, before being understood. 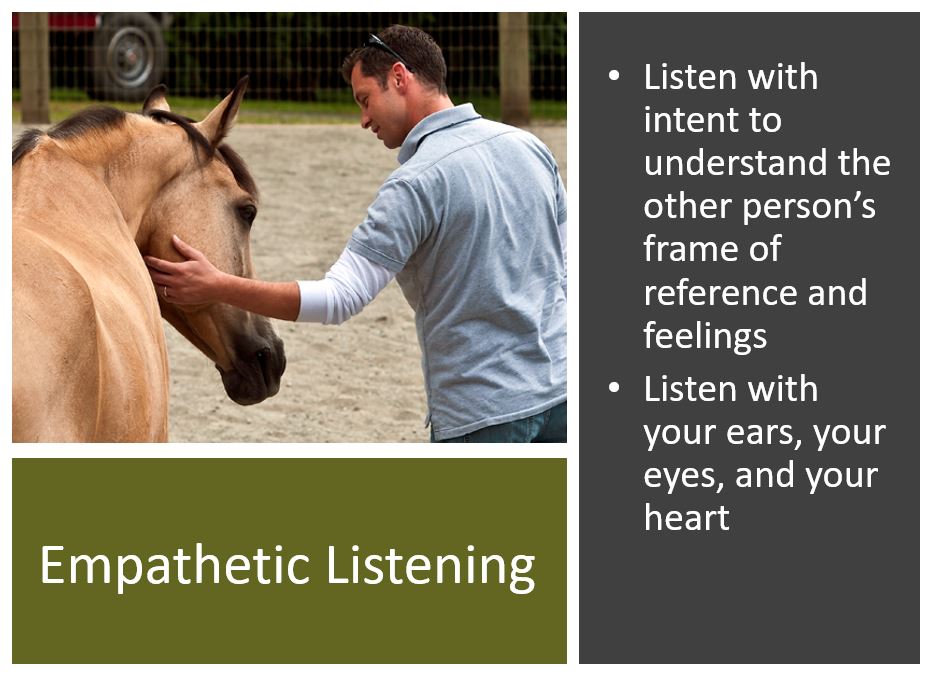 My response to Wendy was, “When is it possible for two people to look at the same sky and see different colors?” She frowned and paused, somewhat stumped. I waited a bit while Wendy chewed her lip thoughtfully in silence. “If one person is color-blind, they may see a different color in the sky than the other person,” I finally suggested.

Her eyes widened as she mulled this possibility over. “Wow. OK, I never thought about that.” Then we tossed around a couple of other situations in which two people could look at the same sky and see a different color. For example, here in the Pacific Northwest, the sky can change rapidly. It can be one color to someone who works on the east side of Lake Washington and at the same time be another color to the colleague whose office is in downtown Seattle. It can be raining on the east side of the lake with a dark gray sky and sunny in Seattle with a bright blue sky.

Making Context Part of the Conversation

Wendy and I then looked at the importance of context in her communication with Gary. If Wendy was going to put an emphasis on the color of the sky, then it was important for her to know whether she and Gary were both looking at the same sky under the same conditions.

In Wendy’s situation, taking stock of the conversation’s physical context would help her to listen empathetically and perhaps better understand Gary’s point of view.

I was even more curious about something else, so I asked, “Wendy, why does it matter so much that Gary sees the same color of sky that you do?” She confidently responded, “Because we need to have the same baseline for a sensible conversation!”

A lot of us think this, and it can be helpful to have the same information in front of you when having a conversation. However, Wendy was getting nowhere with Gary by insisting that her set of information was the baseline on which they were to have a business meeting. For empathetic listening to occur, Wendy needed to consider the content of her communication and whether it was the right information, as well as the most important information, to move the conversation forward.

As we continued to work together, I challenged Wendy to hold space for Gary and her to look at the same sky and see it differently, while at the same time having a productive meeting. She realized that the argumentative nature of her conversations with Gary had led to a lack of self-confidence on her part. Because of that lack of self-confidence, she often began the meetings with a chip on her shoulder, and a need to be right.

Listening to Move the Conversation Forward

When Gary offered up a different, even contrary, perspective about something, Wendy started to take a centering breath and say, “Tell me more.” She got curious about what could offer her more insight into Gary’s thinking and how she could work with that in a productive way. 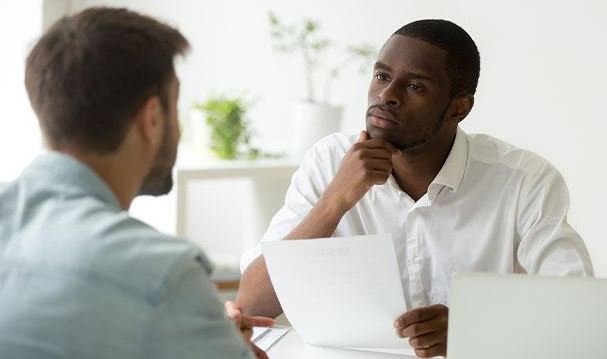 Wendy and Gary both hold passionate beliefs about their startup business. As a result, it wasn’t always easy for Wendy to practice empathetic listening. Over time, however, the tone of their meetings became less argumentative and more collaborative. Wendy learned better ways to present her ideas and to take Gary’s feedback less personally.

In the end, Wendy recognized that it didn’t matter if the sky was blue or orange. What mattered more was her ability to empathetically listen and consider—with compassion rather than judgment—why Gary might see the color of the sky differently and how she could work with that to better achieve her goals.

Want to improve communication at work?

Do you have your own arguments about the color of the sky? Is there someone you’re constantly butting heads with at work? If so, work on letting go of the need to be right and the sky to be blue and instead look at what’s really going on in your interactions with that other person. And if you need some coaching to help you get to that point, get on my fall schedule. Call me at (425) 488-7747 or send me an email.